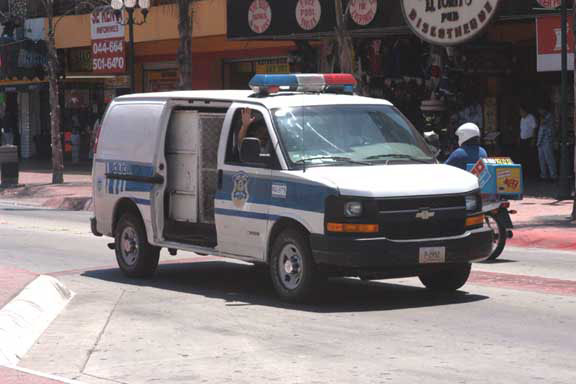 Police paddy wagons tour the streets of Tijuana looking for fares. They find them.

Some have said that the loud bangs to be heard in the city are only celebratory fire crackers and yet inflammatory and quite specious reports say that they are pitched gun battles and armed robberies. Sometimes, it’s just people escaping from prison.

Efforts are being made to placate America tourists who seem to be intent on causing emotional distress among the Tijuana police community. Nearly a hundred TV cameras have been installed at major tourist centers within the city to record the scene 24 hours a day.

Tijuana’s citizenry are upset but they don't have a 2nd Amendment right to let them protect themselves.

The most dangerous place to drive your car in Tijuana is near Avenida Revolucion and Avenida Constitucion and Second and Third Streets. Over 60 percent of all accidents there are rear-enders and that means you don’t have a chance. 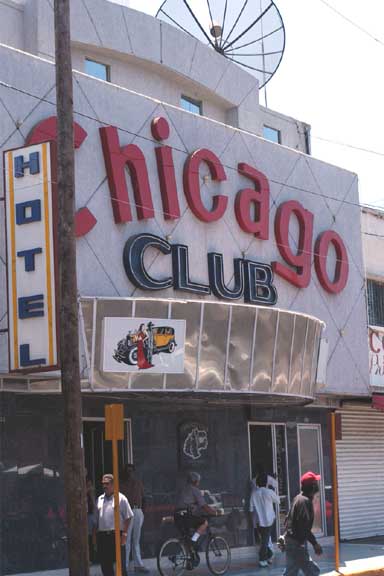 If you are looking for drugs, this is the place to be. Mr. Victor Clark, “a Tijuana Human Rights Activist” assures us all that there are over 20,000 tienditas in Tijuana — that’s 20,000 little stores each selling $10 packets of crystal methamphetamine.

In nearly all the bars in Tijuana there are what are called “ficheras” who are girls employed only to get you to spend money on them. If you enjoy spending $10 every fifteen minutes on someone who does not speak English and with whom you will get no farther than a quick whack in the head out in a back alley then this is your kind of tourism.

In Tijuana’s Zona Rosa, things are really different. Along these romantic lanes are the many street walkers and “clubs” waiting for the eager. The “clubs” include the Molino Rojo, Chicago, and Adelitas. The interiors of these places include a stage and most interior decoration is done in an off-red motif. It may be of interest to know that many of the girls have learned to welcome customers in Arabic.

If the girl is abrupt to you then you may not get much for your money, later. The adventure will cost you $60 for the girl plus $15 for the hotel room. The girls can turn 20 customers a day and most of those customers will be carrying something you really, really, really do not want but will certainly get. 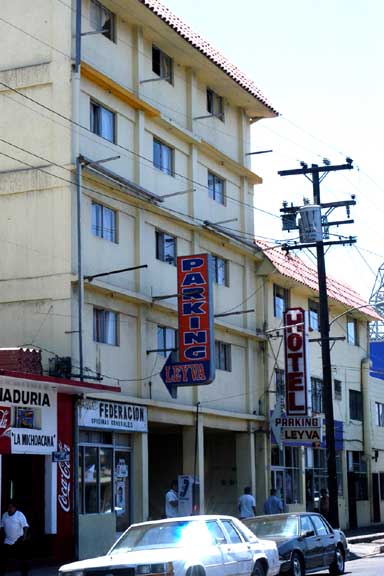 Streetwalkers are also wandering around in this area and they seem to stay near Constitucion and Callejon Coahuila streets. They will be under the trees or leaning against the walls just waiting for you. If you walk within arms reach of them they will grab at you. The price for a street walker is $15 to $25 and that’s not for what you wanted and not for what you will be getting.