As you pass the Saturn Boulevard intersection you will see to your right the real Imperial Beach. Here, low cost and diverse housing is offered to all. 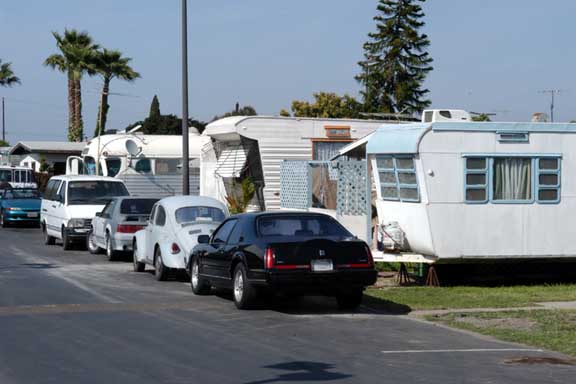 It is no slur to say that duct tape is in fact a structural material here in Imperial Beach.

Yes, Imperial Beach is a haven for everything on the left side of the bell curve. This full mile of Palm Avenue is like a 45 rpm record of Slim Williams played at 42, or your car running on seven cylinders when it has eight. 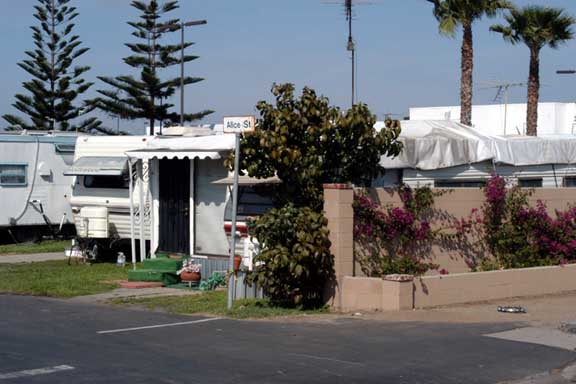 The good news is that from your first moment on Palm Avenue you can see that the exit is just a few minutes ahead.

As the San Diego area seeks out more living space even Imperial Beach is now being eyed as a homesite.

For at least ten years people would rather commute 70 miles each way to Temecula, California than live in close, nearby, homey, Imperial Beach.

The official theme of the city is: “IB, The Place To Be!”

Imperial Beach offers dozens of cozy restaurants and diverse eateries specializing in Mexican foods of all sorts. Prices won’t get much higher than $8.00 unless you slip on the interestingly speckled floor, break the table, and then have to buy it as well.

In the city’s Internet directory of “Specialty Restaurants” they have a listing for and large photo of, a Subway Sandwich store.

They do not have a Starbuck’s.