Diversity in Every Step You Take Part 2

Millions of gallons of raw industrial waste and human sewage bubble across the border each day and poison the water, the earth and even the ocean. 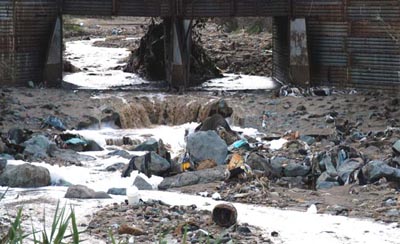 While the US Border Patrol Agents know this place will kill you, tourists traipse through this place as if these liquids were goat’s milk.